When is Hindi Day celebrated?

September 14 is celebrated as Hindi Day across the country. This day reminds the importance of Hindi language and its dire need. In the year 1949, Hindi got the status of official language on 14th September and till now this day is celebrated every year as ‘Hindi Diwas’. It is necessary to remember this day with importance because it is also a sign of the independence of the countrymen after independence from the British. 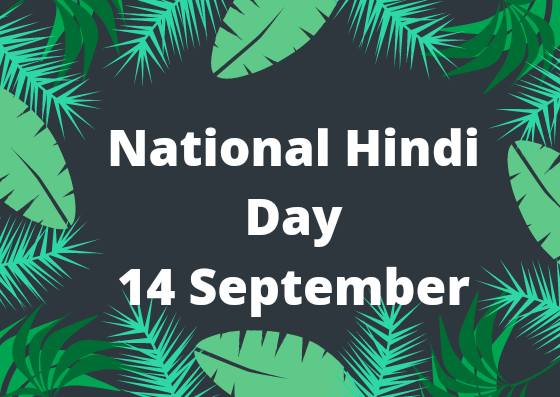 Why is Hindi Day celebrated?

When India became independent in the year 1947, the biggest question in front of the country was about the choice of an official language. India has always been a country of diversity, hundreds of languages ​​and dialects are spoken here. Which language should be chosen as the national language was a big question. After much consideration, Hindi and English were chosen as the languages ​​of the new nation. The Constituent Assembly accepted Hindi written in Devanagari script as the official language of the nation along with the British.

On 14 September 1949, the Constituent Assembly had decided by one vote that Hindi would be the official language of India. Seeing the importance of this day, Prime Minister Jawaharlal Nehru announced to celebrate Hindi Diwas on 14 September every year. The first Hindi Day was celebrated on 14 September 1953.

Protests started in some parts of the country when Hindi was chosen by replacing English in the official language register. Riots broke out in Tamil Nadu in January 1965 over the language dispute. In the year 1918, Mahatma Gandhi had asked to make Hindi the national language in the Hindi Sahitya Sammelan. Gandhiji had also called Hindi the language of the people.