I. Discovery of Indus valley civilization

The utensils, ornaments, seals and sculptures received from here help a lot in the making of the history of the Indus civilization. They reared cattle and also grew crops like wheat, barley, rice, vegetables, peas etc. They also used to worship Mother Goddess and Shiva.

In 1931 AD and 1935 36 AD, a place called Chanhudro was excavated by N. G. Majumdar ( Nani Gopal Majumdar) . This place is situated at a distance of about 125 kms from Mohenjodaro. In 1943 AD E.J. H. Mackay published the book ‘Chanhudro ki Khudaiyan’. Many tools made of copper and bronze have been found from this place. From this it can be inferred that most of the people were craftsmen who were skilled in making beads and seals.

In 1969 AD Nani Gopal Majumdar discovered a place called Amri, located about 105 km south of Mohenjodaro in Sindh. The objects found from which it is known that this place is also related to the Indus Valley Civilization.

During 1955-57 AD, the officer of the Department of Archeology, F. A. Khan got a place called Kot Diji excavated. This place is situated at a distance of 40 kms towards South East from Mohenjodaro. A wall made of bricks has been found around this city on a 5 feet wide stone foundation. The utensils, sculptures, weapons and bangles found at this place are similar to those found at Harappa and Mohenjodaro, but the houses here have not been used with baked bricks.

Sutkagendor was discovered by Sir Aurel Stein in 1927 AD. This place is located 30 miles from the coast of Arabian Sea in Balochistan. Two other places named Shahi Tump and Alimurad related to the Indus Valley Civilization have also been found here.

Excavation was done by MS Vats in 1929-30 at a place called Kotla Nihang Khan in Ropar district. Where the remains of Harappan culture were found. This place is located in Punjab, India. During 1953-55 AD, Yagya Dutt Sharma got Ropar city excavated.

Kalibanga is located in the Sriganganagar district of Rajasthan. In 1951-52 AD, A. Ghosh discovered 25 places related to the Indus Valley Civilization in Rajasthan. After 1960 AD Brij Basi Lal and Bal Krishan Thapar got a deep excavation done in Kalibanga on behalf of the Archaeological Department. Many ruins and fire altars, Shivling another objects related to Harappan culture were received from there.

Sanghol is located in the present Fatehgarh Sahib district of Punjab, 32 kms from Ropar. Its ancient name was Sanghalaya or Sanghapur because it housed a Buddhist vihara or ‘home of the Sangha’. Later its name was changed to Sanghol. Archaeologist S. S. Talwar got it excavated in 1968 AD. Various types of clay and copper utensils, jewellery, sculptures, beads and bricks have been found from here. Which are similar to the ruins and objects found at other places related to the Indus Valley Civilization.

Archaeologists and scholars of ancient Indian history – Due to the efforts of Suraj Bhan and R. S. Vishit, ruins and various objects related to Indus Valley Civilization have been found from many places of present Haryana. These places are Mitathal (Bhiwani), Banwali (Fatehabad), Rakhigarhi (Jand), Balu (Kaithal) and Bhagwanpura (Kurukshetra).

Dholavira is one of the five largest Harappan sites and most prominent archaeological sites in India belonging to the Indus Valley Civilization. This site is located at Kutch district of Gujarat. The site was officially discovered in 1967-68 by J. P. Joshi, of the Archaeological Survey of India (ASI) and is the fifth largest of eight major Harappan sites. The excavation brought to large numbers of antiquities such as, animal bones, gold, silver, terracotta ornaments, pottery and bronze vessels.

This place is located in Meerut district of Uttar Pradesh, at a distance of about 50 kms, North-East of Delhi. It was discovered by Yagyadutt Sharma in 1958 AD. The objects recovered from there show that the Harappan culture was formerly extended to some areas of the Gangetic plain. Typical pottery and broken blade made of copper was found. Roof tiles, dishes, cups, vases, cubicle dice, beads, terracotta cakes, carts and figurines of a humped bull and a snake were also found from there.

Lothal is located in the present state of Gujarat, at a distance of about 90 kilometers to the south of Ahmedabad. It was discovered in 1954 AD. by S. R. Rao. From its excavation, the ruins of the port made of baked bricks have been found. Where there were arrangements for the stay of ships. The people of the Harappan culture carried on maritime trade with the people of foreign civilizations through the Arabian Sea. The ruins and remains found in Lothal prove that the city-plan and the arrangement of drains there was similar to that of other cities of Harappan culture. The people there used utensils, tools, beads, seals, picture-sign script etc. in the same way.

Apart from Lothal, places named Rangpur and Bhagatrav in western India were also related to the Indus Valley Civilization.

The above sites and centers related to the Indus Valley Civilization show that the area of this civilization was not limited only to Balochistan, Sindh and western and eastern Punjab. But in the east, some regions of the Gangetic plain and in the west, Rajasthan and Gujarat extended up to Kathiawar. Its total area was about 13 lakh square kilometers.

The two most famous cities of the Indus Civilization were Mohenjodaro and Harappa. The meaning of Mohenjodaro is ‘Mound of the Dead’. This city is located near the Indus river in the Larkana district of Sindh province (Pakistan). Its radius was a little over four kilometres.

The city of Harappa was located on the banks of the river Ravi in the district of Mintgumri in Pakistan. It was a little bigger than Mohenjodaro. The difference between the two was 483 km. It is believed that Mohenjodaro was the capital of the southern province and Harappa was the capital of the eastern province. Both these important cities were built according to a definite plan.

Both have two parts. The western part is built on some higher ground and resembles a rectangular fortification or citadel. The Harappan fort is 460 yards long from north to south and 215 yards wide from east to west. The size of the fort of Mohenjodaro is relatively small.

The roads of Mohenjodaro and other cities range from 13 feet to 33 feet and the streets are 9 feet to 12 feet wide. The speciality of these roads and streets is that they run straight from east to west and north to south and intersect each other at right angles. There was provision of lights in the streets and alleys during the night. At some distance there were pillars on which lamps were hung at night.

Different sizes of buildings have been found at Mohenjodaro and Harappa. Apart from the simple houses, ruins of a very big godown, hall, huge bath, palace etc. have also been found there. All the buildings of the city are made of pucca bricks but at some places raw bricks and stones have been used. Huge bricks were found in the ruins of many buildings. In addition to the living rooms, each house had a kitchen, an open courtyard, a bathroom, etc. Every house had a well for water. Ruins show that many houses were of two or more storeys and had stairs leading to the terrace.

A particularly noteworthy building of Mohenjodaro is the huge bath there. It is 180 feet long and 108 feet wide. Its outer walls are 8 feet thick. The pond located inside it is 39 feet long, 23 feet wide and 8 feet deep. There are steps to enter the pond and its entire floor is made of bricks. It has six entrances. There is a well near it, which was probably used to fill water in it. There is another building adjacent to the bath, which was probably a hammam at that time and had a system for heating water. The walls of the bathroom are of a type plastered and they are very strong.

Ruins of public buildings have also been found at Mohenjodaro. For example, to the north-east of the great bath, a huge building with many rooms has been found, which is 230 feet long and 78 feet wide. This will be the school. Similarly, a big hall 90 feet long and 90 feet wide has been found in the southern part of the city, where probably a public meeting would have taken place.

Grain-warehouses have been found in many cities of Harappan culture. The biggest building of Mohenjodaro was the Great Graniry which was 45-71 meters long and 15-23 meters wide. This huge building was constructed according to the definite plan. It had arrangements for skylights.

In Harappa, 12 small grain-godowns were found to the north of the Citadel, in rows of 6-6, with a 23-feet wide passage left between them, each 50 feet long and 20 feet wide. To the south of these godowns were circular platforms of bricks where grain (wheat, barley etc.) was threshed.

The cities of the Indus Valley Civilization had a commendable system of drains. In each road and street, there were drains from 1 foot to 2 feet deep from 9 inches to one foot wide.

V. Reasons for the decline and destruction of Indus Civilization

Nothing is known with certainty on this subject as to when and why the Indus Civilization came to an end. The decline of this civilization spread over such a vast area could not have happened suddenly nor could it be due to any one reason.

Floods – According to some scholars, this prosperous civilization collapsed due to the floods in the Indus river.Since most of the territories of this civilization were near this great river, it is possible that the regions were destroyed due to floods and the cities were buried under layers of mud and swamps.

Earthquake: – From the excavation of the Indus Valley, there were bones of men, women and children, which were found in stairs, wells, streets etc. From this it appears that there must have been earthquakes, which destroyed the Indus Civilization.

Drought, Famine and Epidemic :-
It is also estimated that the Indus Valley civilization may have been destroyed due to drought, famine and epidemics. It is said that 2500 BC. There used to be a lot of rain in the Indus region, but over a period of time there was very little rainfall. Due to prolonged severe drought and famine in these regions, humans and animals could not find anything to eat and they died in thousands. Along with the famine, a large number of people died due to the outbreak of the epidemic.

Change in climate:- Some scholars have told the change of climate in the Indus region as the main reason for the decline of Indus civilization. There was very dense forest in this area. Many forests were cut down to meet the requirement of timber. As a result, due to the lack of rainfall in the second century BC, there was a drastic change in the climate, which had a devastating effect on agriculture and animal husbandry, which ultimately proved to be the reason for the decline of the Sindh civilization.

Invasions of the Aryan race:– It is also believed that the reason for the decline of the Indus Valley Civilization was that the Aryans, who were skilled and powerful in fighting wars, attacked these people and defeated them and destroyed their civilization. 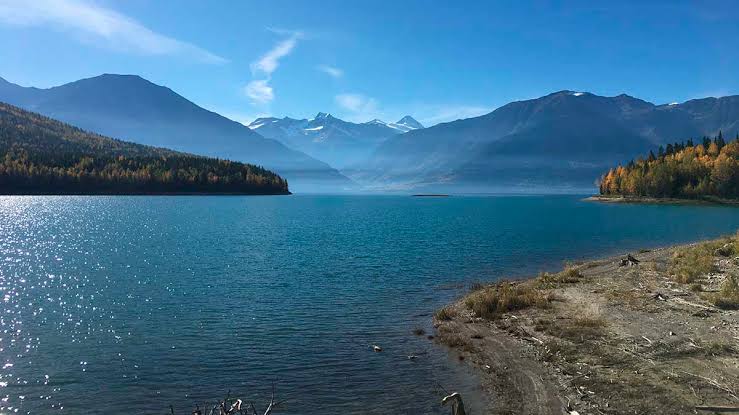