(I) Principles of jean piaget’s stages of development

Jean Piaget was a psychologist from Switzerland. He made his own children the subject of his quest to know the proper development of intelligence in children. As the children grew up, they studied their mental development very closely. The ideas he propounded as a result of this study are known as Piaget’s theory of mental or cognitive development.

He defined intelligence as the ability to adjust, adapt or behave appropriately with one’s environment. Intelligence changes and develops as one matures biologically and learns from experiences. Piaget focused only on the developmental aspect of intelligence. In his theory, Piaget begins by analyzing existing biological characteristics and ends with cognitive results. He calls it transcendental knowledge. Thus Piaget’s main interest was in the existence and development of knowledge.

According to Jean Piaget, the structure of an organism is due to complementary activities of adjustment and organization. He has divided adjustment into two sub-sections- 1. Assimilation or Self-realization and 2. Accommodation.

According to Piaget, a person has his own way of dealing with things, personality and life situations, these are called schemas. There are two types of schema- behavioral schema and cognitive schema. When a person performs a physical action, it is called the behavioral schema. If a person is solving a problem from his educational or intellectual side, then it is called cognitive schema.

When the child uses the already existing concepts in his mind on a new problem, subject or situation and tries to incorporate the event into the existing concept, it is called as assimilation.

It means to make changes in the existing schema to accommodate new ideas or objects. This usually happens when the old schema doesn’t work and the child has to adjust the new to the old one. The child may imitate others, suppress his own schema and thus show a tendency to adjust.

When the child is faced with a new problem and his current schema does not work, this situation creates imbalance in the mind of the child. In this stage the child has to focus his attention on the new concept or situation. It develops new schema or changes its old schema to suit its new situation. According to Piaget, this position helps the child to learn and develop. The process of establishing balance in classroom teaching helps in developing the mental structure of the child. Such a situation arises when new and exciting ideas are presented to the child. These generate curiosity in the child and he tries to establish better understanding with new ideas.

As the child interacts with the environment, he gradually develops more subtle mental abilities. Thus he becomes able to perform those actions which are beyond the problem. The logical laws made by the child for this development are the focus of Piaget’s work, thus Piaget has given prominence to the role of the following factors in the cognitive (intellectual) structure of the individual and its functioning: – 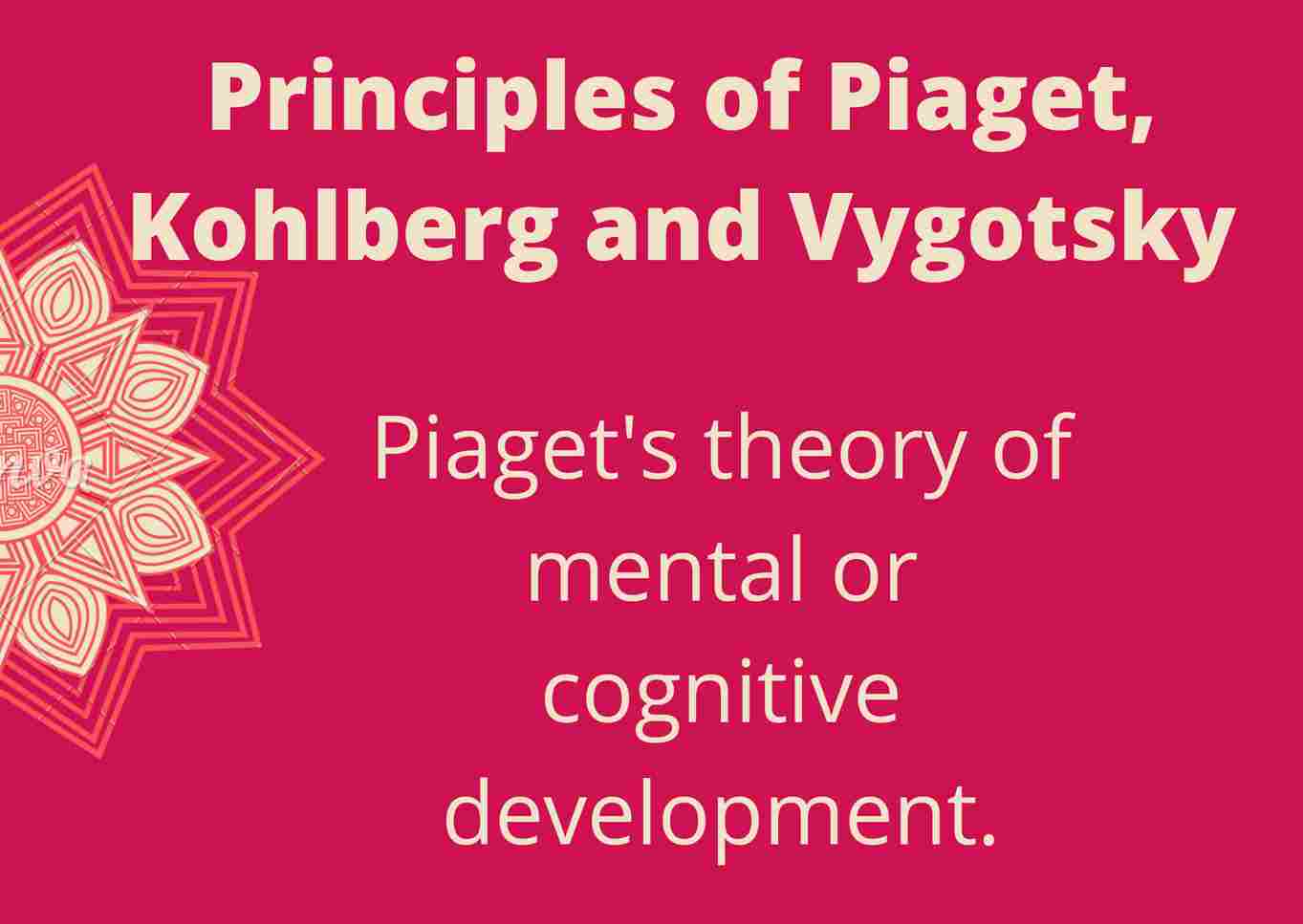 Jean Piaget, a Swiss psychologist, describes the process of cognitive development from birth to maturity under the following four stages:

This stage mainly depends on sensory motor experience of body. The infant is dependent on its body for expression and exchange. Piaget chracterizes the newborn as being active and a promoter of behaviour. The infant quickly learns to distinguish the immediate environment between different characteristics and changes it according to the demands of behaviour. Various features of this stage:-

The stage from 18 months to 7 years of age is called pre-functional stage. Because the activities of logical thinking are not fully developed by this time.It has two sub-stages: (I) The self-centered stage from 18 months to 4 years of age and (II)The intuitive stage from 4 years to the end of 7 years. Features of the pre-operative state :- 1. Rapid development of oral language 2. Perceptual thought 3. Self centred thinking 4. Social interest 5. Intuitive thought 6. Realism in thinking

3. Concrete operational stage from 7 to 12 years

By the age of 7 children are able to engage in activities of the mind which are called Operations. These are cognitive actions that are closely organized into a system. The biggest change in this stage is that development moves from pre-logical thinking to logical solutions and concrete problems. The main features of this stage are:-

The stage of formalities of cognitive development converges in adolescence. During this stage one acquires the ability to think and reason beyond one’s own immediate world. He solves various problems in a planned and logical manner. He gets proper methods of social interaction. Following are the important features of this stage:-

Piaget has defined and explained intelligence in a practical manner. In the sense of cognitive structure and functioning, intelligence helps in fighting for life and achieving adjustment with the environment.

In Piaget’s theory, teachers and parents are introduced to the thinking process of children at a certain stage of maturity or chronological age.

In this theory, emphasis is laid on the organization of optimal conditions for the learning and development of the individual, keeping in view the processes of (1) assimilation, (2) adjustment and (3) balance.

In Piaget’s theory that both physical and social experiences are important for a child’s intellectual development, it has placed an important responsibility on parents and teachers to establish a suitable and stimulating environment for their children.

In Piaget’s theory, a suitable framework of learning experiences has been provided keeping in view the cognitive development of children and the needs of the society. It is helpful in course planning and structuring the plan of study. Because children in a particular area have a tendency to reach a certain stage in their intellectual development.

Children should be encouraged to experiment with materials to accommodate new understandings. The teacher should try to lay emphasis on self-learning. He should try to create an environment in which students can get wide range of experiences for self-learning.

In Piaget’s theory, emphasis has been laid on student-centred education. It emphasizes the need to adapt the child’s education to the level of functioning of his/her cognitive structure.

To know more about Piaget’s theory click the link given below:-

According to Lawrence Kohlberg, on the basis of research, it is concluded that certain stages of development of morality or character are found in children. These stages are as follows- pre-moral level, traditional moral level and self-accepted moral value level.

Kohlberg calls early childhood the pre-conventional stage. This stage lasts from birth to the age of 2 years. At this stage the child has no understanding of any kind of moral or character values. He has no knowledge of good or bad. He does not know how to control his desires, feelings and emotions and insists on doing his desired behavior. In this stage the motivator of ethical behavior is also external. The motivator is to avoid punishment and take rewards. Kohlberg has divided this level into two stages.

Obedience is based on the fear of punishment. Children have no real knowledge of morals. They have blind faith in persons having the power of punishment. In this stage, the child gives priority to saving himself from the difficulty. In this way, he tries to avoid oppression and obstacles in his freedom.

At this stage the child is conscious of his own needs and also begins to understand the rights of others.

Kohlberg has named post childhood as traditional morality. What stage lasts from 7 to 11 years. In this, the moral knowledge given by the parents begins to change, yet the situation of moral realism remains. Even at this level, there is external control over the conduct of the individual. Kohlberg has divided this stage into two parts –

In this stage, the concept of a good child remains prominent. Ethical behavior is understood to be that which pleases others and is accepted by others. In this stage, the child tries to please others and get their approval. He tries to mold himself according to the society and keeps others in his mind while taking any decision.

At this stage the child begins to understand that the social system depends on individuals performing their duties and respecting the law voluntarily. Thus moral ideals are generalized and inspired by the feeling of respect for authority and maintenance of social order.

Kohlberg has named adolescence as the tradition-post stage. At this level the control of conduct becomes internal. The individual takes inspiration from within himself to determine the standards and acts accordingly. In ethical issues, he takes decisions on the basis of internal thinking process. There is more emphasis on autonomous moral principles. It has two main features:

In this stage, the sense of responsibility remains, but morality is understood to be in keeping the contracts and respecting the rights of others. The importance of justice and legality becomes more important than the need to maintain social order. At this stage, it is accepted that every person has rights without any discrimination of caste, sex and social status.

Vygotsky recognized the important role of social influences in cognitive development. In the context of its learning effects, information effect and comprehensive effect have been analyzed.

Vygotsky considers interaction as an important contribution to learning. Self-motivation is generated in the student through interaction, which helps him in learning.

3. concept of zone of proximal development

In this theory, the child is attracted towards learning the task and tries to learn new facts. 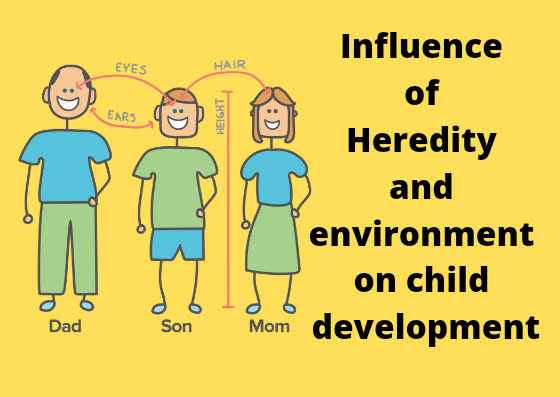 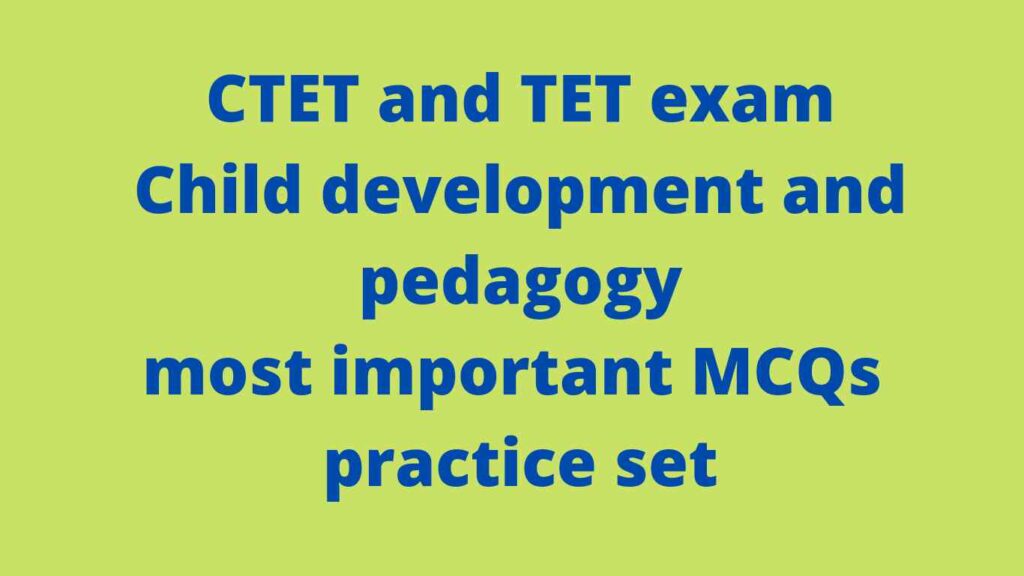 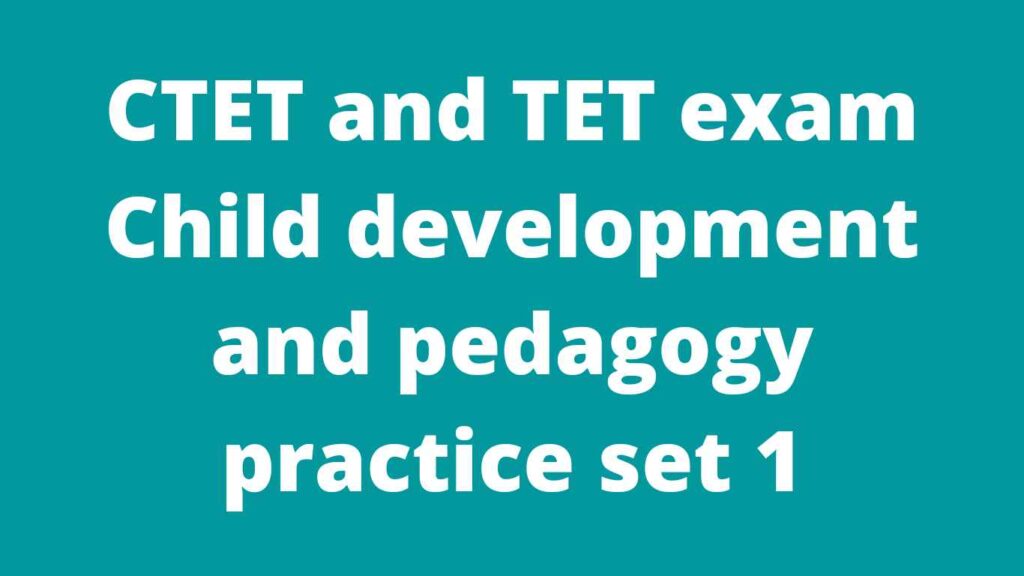